Our top 3 spots to surf on the Southern Gold Coast

Surfing is a favourite pastime for many on the Gold Coast, we’re blessed with (almost) year round warmth, the ocean right on our doorstep and of course, plenty of pumping, world-class surf breaks.

In honour of that, and because summer is just around the corner, here are our top three spots to go surfing on the Southern Gold Coast.

Get out there and enjoy!

Where the creek meets the sea at Currumbin is known to locals as “Currumbin Alley” and not only is it one of the most beautiful spots on the Gold Coast, it is also the perfect little surf spot for beginners and long boarders (mostly).

The waves are quite mellow (surf term) and there are often lots of little people in the shallows giving it a go.

If you’re keen to try surfing but haven’t yet worked up the courage, Currumbin Alley is one of the best places to start. 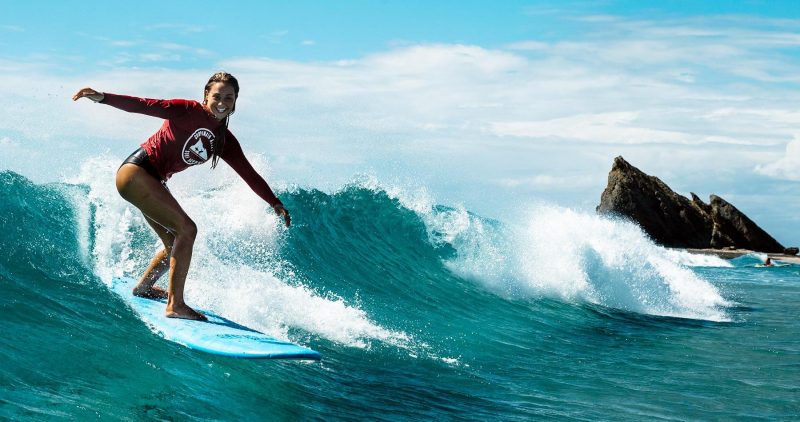 One of the most popular surf spots on the Gold Coast, D-bah as it’s known to locals is technically in northern NSW but we’re still claiming it.

You’ll find both left and right hand waves that are generally more suited to those who have a bit of surfing experience but if that’s you, head down there even if there isn’t much swell, you’ll usually find something fun to play around on.

D-bah is also a good place to just hang out and watch those in the know in action, if you’re keen to get some tips. 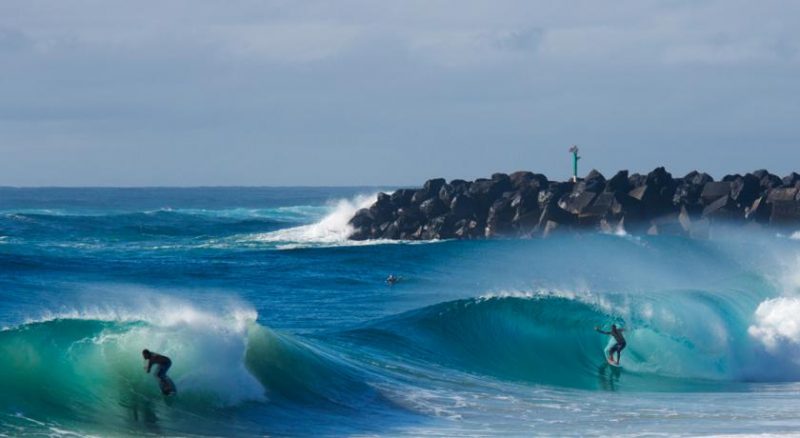 One of the prettiest spots on the Gold Coast, Rainbow Bay has a wave that wraps around almost to Greenmount so once you’re up you can simply (maybe not simply) cruise along for a while taking in the magical views.

Snapper Rocks is on the northern side of the bay and it breaks off the point so it’s often bigger and packed with those who definitely know what they’re doing.

Choose your own adventure of course but be mindful of the more experienced surfers if you haven’t been doing it long. 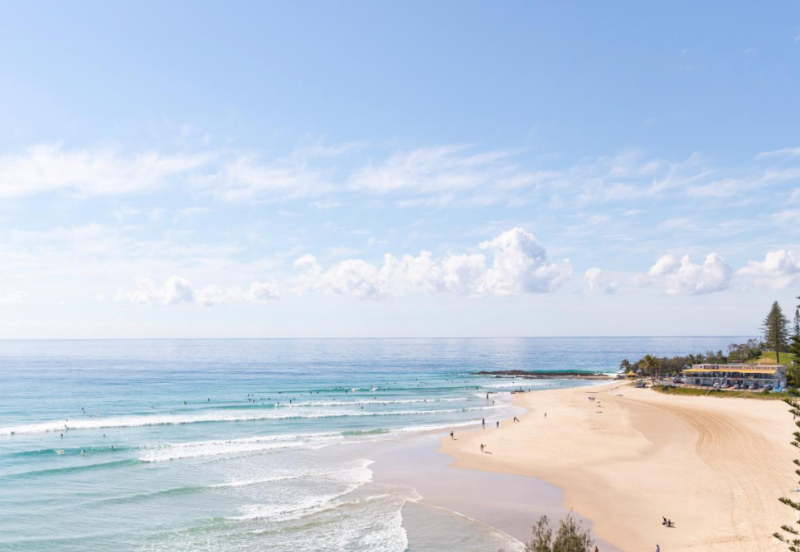