Where to get the best views of the whales!

Posted in: Family, Nature, News, Things To Do

Watching a whale in its natural, salty environment is one of the most breathtaking experiences there is.

Whether they’re leaping out of the water or simply cruising along, nothing compares to seeing an animal as big as a bus just 50 metres away.

Luckily, we on the Gold Coast are privy to this exact phenomenon every year and, you guessed it, whale migration season is upon us once again.

In honour of our favourite time of year, we’ve gathered some of the best spots on the Southern end of the Gold Coast to watch these creatures frolic just a short distance off shore…

Snapper Rocks around to Froggies Beach

And any of our surf clubs – especially Currumbin and Snapper Rocks! 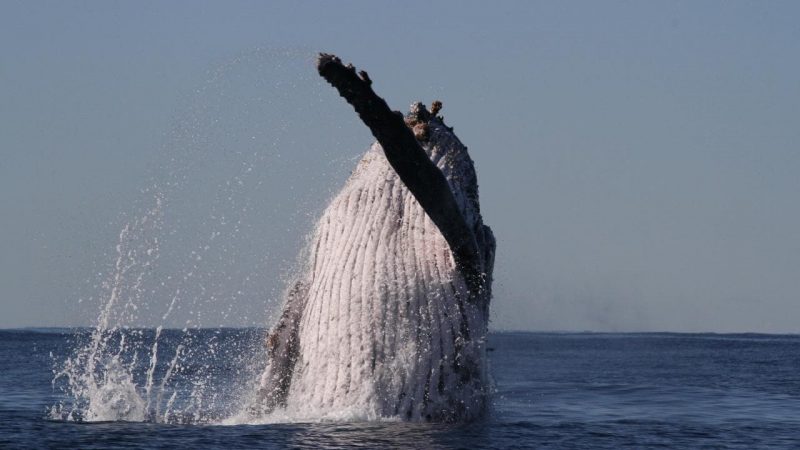 1. Over 27,000 Humpback Whales are set to make the annual migration along the East Coast of Australia this year. Only 30 years ago, there were less than 300 of the majestic beauties left in the world after they were hunted to near extinction.

2. The reason for their almost 5,000 kilometre migration is to breed and give birth after spending months down south loading up on a hearty diet of krill.

3. Regardless of the fact that adult Humpback Whales can grow to weigh over 30,000 kilograms, they love to launch themselves out of the water during playtime using their tail fin, which acts as a propeller. Known as breaching, the big guys do this both as a way of communicating and simply because it’s good old-fashioned fun. Pure magic to experience firsthand.

4. Humpback Whales have blowholes the size of a small car and return to the surface every seven to 15 minutes to breathe. Due to the amount of air they’re able to take in they can stay submerged for up to 45 minutes if necessary.

Whale watching season on the Gold Coast runs from May to September.